Back to: Cdj Players 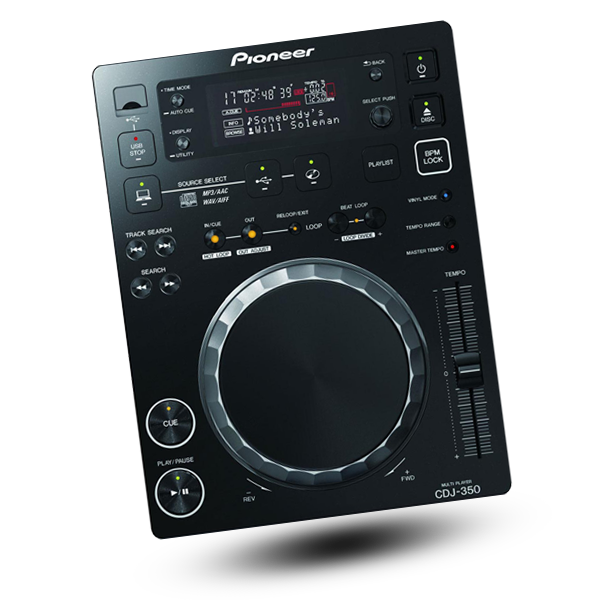 Cdj_Player_CDJ_3_4d389dcbe2206.jpg
Ask a question about this product 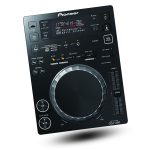 The Pioneer CDJ-350 Multi-format DJ CD Player makes it easy for anyone to practice their DJ Skills and and make their own music. Loaded with features, the CDJ-350 brings Pioneer's pro-quality sound and mixing tools to the masses. As well as spinning MP3, WAV, AIFF and ACC encoded CD/CDR/CDRW's, you can plug in a USB Flash Drive and mix tracks off that too. Rekordbox music management software intelligently analyses the tracks you import, and via a cunning mix of BPM counting, beat positioning and other programming voodoo, groups tracks by genre, album and artist, ensuring that you have fast coherent command of you playlists.
The Pioneer CDJ-350 Auto Beat Loop function means that with one press of a button on the player, the user can create various loop performances including- Beat Loop which matches the beat and repeats a 4-beat loop, Loop Divide which while you're playing a loop, plays the loop at a different rhythm, and Hot Loop which allows you while playing a loop, to return to its start, and begin playing it again.

•    Playback From CD/CDR/CDRW or USB Flash Drive
•    Playback of MP3, AAC, WAV and AIFF
•    Rekordbox Music Management Software uses Audio, BPM and Beat Position Analysis to Organise Music Files by Artist, Album or Genre
•    BEAT Display Function Visually Illustrates the Beat Position of a Song
•    Auto Beat Loop Functions: Beat Loop, Loop Divide and Hot Loop
•    Auto BPM Lock Allows You to Set a Master BPM Which the CDJ350 will then Spin Your Tracks at Automatically
•    Create Playlist Function: While a song is playing, You can add it to a New Playlist with the Touch of a Button
•    Comprehensive Midi Compatibility Allows You to use the CDJ350 as an Audio Interface for Popular DJ Software
•    Vibration Resistance Utilizing Shock-Proof Memory3 and Floating Architecture
•    Four Level Tempo Settings: (±6%, ±10%, ±16% and WIDE)
•    Resume Function: Remove a Disc and Resume Playback at the Same Spot when the Disc is Reloaded
•    Waveform Synchronization Monitor

Please, see on our Facebook Page our latests videos